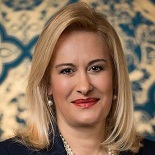 Innovation, competitiveness and employment: these are the themes that APCO, the Italian Professional Association of Management Consultants, draws the attention of its Members to achieve the UN goals of Agenda 2030.

It has already passed more than a year since, in September 2015, the General Assembly of the United Nations approved the new goals for sustainable development by 2030. Is a set of goals that, at the present state of our knowledge and ability, would ensure a prosperous future for the next generations and Planet protection.

The experience gained from the different member countries over the past fifteen years with the "Millennium Development Goals" is considered by many positive: the hunger and poverty indicators have improved overall, although conditions of life of the populations of some countries remain unchanged, and in some cases worsened, for continuing conflicts or for the devastating effects of natural disasters. It is a common belief that there is much to do and that it is much more complex than previously thought in the past. In fact, starting from the eight "Millennium Development Goals", the Agenda 2030 now includes 17 objectives, in turn divided into 169 sub-objectives measured through a dense system of indicators, about 240.

While sustainable development maintains the focus on poverty, hunger, health, education, gender equality and the environment, which were the characterizing elements of the previous agenda, the new goals touch the neuralgic strings of our economic and social system. Emphasis is on economic growth that can boost employment, infrastructure innovation and resilience, on cities and communities with sustainability at the heart, on the rational use of natural resources with particular attention to climate change and circular economy. All actors are called in field. From governments, public and private institutions, businesses, research centers, civil society organizations and citizens: a global partnership for a world of justice and peace, without inequality, because no one should be left behind.

Sustainability, understood under the dual aspect of an ethical and economic resource commitment, requires innovation in the models and tools of production, culture and social organization, ability to use natural resources and their reuse. We need to develop new competitiveness based on lower costs and greater value, in line with market trends, to create more qualified job opportunities in the fields of research, industry and services, including training and consultancy.

In Italy, the Ministry of Agriculture is currently engaged in the involvement of all actors, institutional or otherwise, in drawing up a proposal for the updating of the National Sustainable Development Strategy, in line with the 17 goals, can deliver on the international commitments made by our country. The elaboration of the national strategy driven by the principles of integration, transformation and inclusion of Agenda 2030, and is structured in a participatory process involving all relevant ministries, public institutions, the research community and civil society.

In this context, significant action took place from ASviS, the Italian Alliance for Sustainable Development. Founded in February of 2016 on the initiative of Unipolis Foundation and the University of Rome Tor Vergata, aims to grow in Italian society, in economic entities and institutions awareness of the importance of Agenda 2030, and to play a 'systematic action mobilization for its implementation.

The Alliance brings together today about 140 of the most important institutions and civil society networks. APCO joined the Alliance last September. Chairman Pierluigi Stefanini explained the aims and initiatives at the November Conference held within the National Assembly of APCO. Stefanini has placed emphasis on the need to have an integrated vision of sustainable development based on four key pillars: economy, society, environment and institutions, supported in turn by three founding principles: integration, universality, participation. He also outlined that the Alliance is a unique case in Europe, because its members, representing about 2,000 organizations, have made available, on a voluntary basis, around 300 experts who have already been active for a few months in the working groups that oversee the 17 goals. In 2016, it has already published a first report entitled "Italy and the Sustainable Development Goals" and is in the pipeline a new edition updated for 2017.

Among the initiatives undertaken by APCO concerning sustainability, in addition to participation in ASviS working groups, one can mention the establishment of a new Community of Practice entirely dedicated to sustainability. The next institutional meeting will be on May 30, 2017, as part of the "Festival of Sustainability", with an event in Milan will resume on innovation, ethics, where they will meet experts and representatives of institutions, enterprises and civil society in a large round table organized by APCO, followed by a formative workshop.

Internationally, we report the High Level Political Forum, an annual event organized by ECOSOC (Economic and Social Council), held next July in New York at the United Nations, under which the strategy will be presented to sustainable development of our country.