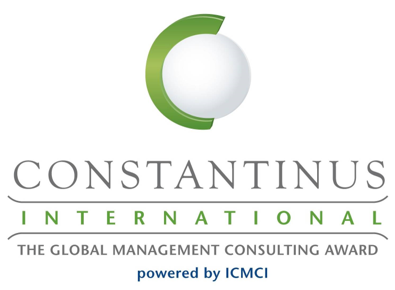 Austria’s consulting industry at the top in Europe in 2019

With an industry turnover of around 38 billion euros in 2019, Austria’s more than 69,000 knowledge-based service providers are an important turbo for the entire economy. 8,775. Austrian employers had around 94,000 employees last year. Domestic business consultants in particular were in second place in Europe with a sales growth of 11.0% in the years 2017 to 2019, according to the European consultants' association FEACO, just behind France with 11.3% (European average: 8.3%). The number of employees in management consultancies also grew the most in Austria from 2017 to 2019 (9.9%; European average: 5.5%).


Constantinus Award at 18th Austrian IT & Consulting Day
On June 4th, the jury of 70 experts awarded the nominations for the Constantinus Award - Austria's major consulting, accounting and IT award. Despite the special circumstances, there were 66 projects to choose from. The Constantinus Award makes the qualities of local consultants shine even in challenging times.

This year the Austrian Constantinus Award will be awarded at the Austrian IT & Consulting Day on November 19th, 2020.

The Austrian and international consulting industry is a key driver for the rapid development of the economy and implementation of new opportunities. “Our more than 69,000 member companies are now crisis managers and innovation partners at the same time. International Consultants Day is intended to draw attention to the tireless efforts of all business consultants and IT experts - not only in Austria, but worldwide, ”says Alfred Harl, Chairman of the Association of Management Consulting, Accounting and IT (UBIT ) of the Austrian Economic Chamber.