Home » Bringing Theory to Board Governance

Bringing Theory to Board Governance

Bringing Theory to Board Governance 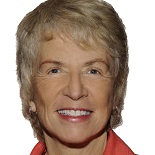 Many directors have disciplinary hats on during Board discussions; being accountants, lawyers, or former CEOs. As a professor who is both a consultant and a board director, I sometimes find myself trying to contribute at the Board table without being a specialist in the domain of governance.

A theory doesn’t have to be complicated or written in unintelligible scientific language. It can be a model, a framework, a prediction, a method, a list. Good theories simplify a specific field.

For example, E-MC² is a very simple equation that tells us how to calculate the amount of energy a given mass can generate. Elegant, simple, but probably not very helpful in your consulting practice! Here are some excellent theories (beyond specific Governance theories and models), that might be applied to assist in making your Board higher performing.

Examples of Theories That Can be Applied to Governance

Expectancy theory says that people are motivated to change their behaviour when they value the end result and believe that their actions will move them toward this end result. This simple theory helps an HR strategist design a two-part intervention to change behaviours.

One of the oldest theories that I use is the Lewin modeli  which proposes that successful organizational change goes through three steps - Unfreeze, Change, and Freeze stages. I have used these ideas many times as an advisor to executive and board teams to remind everyone that if the organization isn’t unhappy with the status quo, or to use the terms in the theory, isn’t “unfrozen”, then change will be rejected. Similarly, that their change agents need to seal up the change or “refreeze” the organization in order that it doesn’t slip back into old habits.

Other theories which have been useful include Henry Mintzberg’s description of different types of org structures in his book “Structure in Fives”ii  – coining terms such as Simple, Adhocracy, Machine Bureaucracy, Professional Bureaucracy, and Divisionalized. This simple typology, which names and explains different archetypes, is useful when you start a new engagement, giving you an idea of where the power will lie and how information will flow. You then add the nuances that make each organization unique.

With respect to strategy consulting, we all know Michael Porter’siii work. This Competitive Advantage theory is useful, but it doesn’t always apply to our client’s situation.  Newer work might apply - for example, my colleague at Simon Fraser University, Dr. Aiden Viningiv , published a modified Five Forces model to describe and predict the pressures that a regulated or government organization faces.

There are variations such as Blue Ocean Strategy (Kim and Maubourgnev), which describes the creation of new markets and Freemium (Andersonvi) which describes business models in which most of the product is given away and only a small portion is paid for. Gauer and Cusomanovii  have carefully described the platform business model, where content and value is created and exchanged in a 2-sided market.

Often the early versions of these theories are difficult to understand, since they haven’t been translated for the practitioner. But that is the opportunity for the enterprising consultant – find the breakthrough ideas, add them to your toolbox, and bring some new thinking to the governance table.

One recent example - a Board I sit on was discussing management’s proposal to restructure their ecosystem in Canada. I stepped back mentally, realizing that this was a significant systems change. Using the Kotterviii 8 Step Model of Change, I suggested that management had made very good progress on step 1 (creating a burning platform) and step 3 (creating a compelling vision), but had not made headway on step 2 (guiding coalition). Further, as a Board, we would be standing alone as a change agent – a dangerous position which invited political backlash. Two weeks later, I was very pleased to see public endorsement of our position by two other system players.

It’s possible that I would have made the same observation without the theoretical frame. But the value of this framing was that it gave legitimacy to my suggestion, making it easy for other board members to understand and support.

Consultants are in the enviable position of being able to bring wisdom and reflective thinking to the Board table. Theory can give us the tools to do so.